It's a chilly, drizzly, bleak day today.  Not the sort of day we expect here in Texas in springtime.

I'm not complaining though, because my garden loving the soft gentle rain we're getting.  After two years of drought conditions, I won't complain about rain ever again!

The cold winter we had this year, along with the lifegiving rains we are getting now, seem to have had a positive effect on the wildflowers for which Texas is famed.  Even just driving along the freeway on my homeward commute, I smiled as I saw the medians swathed in bluebonnets, Indian paintbrushes and other beauties.

The past couple of years were not easy on wildflowers and the patches of color were smaller, sparser and further apart than in previous years.  This year is looking to be a good year for the native flora of Texas.

I had long wanted to create a scene with bluebonnets in Vue, but was limited by the plant models available.  Then I came across a way to make my own bluebonnets for use in Vue, by taking a photo of a single bluebonnet, making a mask with it and applying it to an "alpha plane".

Without going in to too much detail, this essentially creates a little "billboard" that you can place in your scene as part of the ecosystem, which contains all the grasses and plants in the scene..

If you click on the image below, you can see a larger view and you can see how many bluebonnets there are -- see all those blue dots? Each dot represents a single bluebonnet on an alpha plane, oriented toward the "camera" (the point at which the scene is viewed from) for best effect. 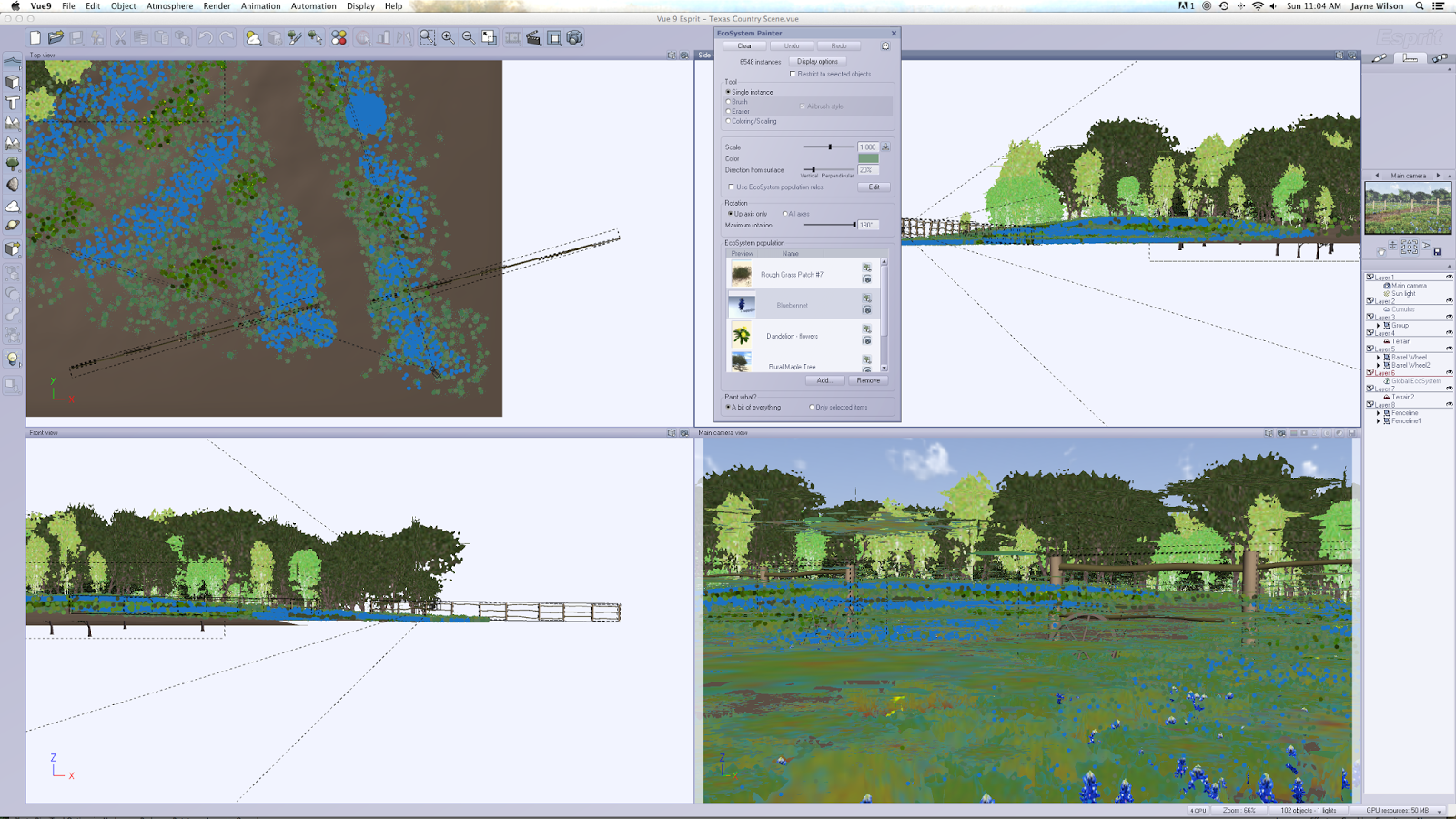 OK - so it's not a 3D model of a bluebonnet, but I think the effect is pretty good in the finished picture.  You can click on the image below for a larger version. 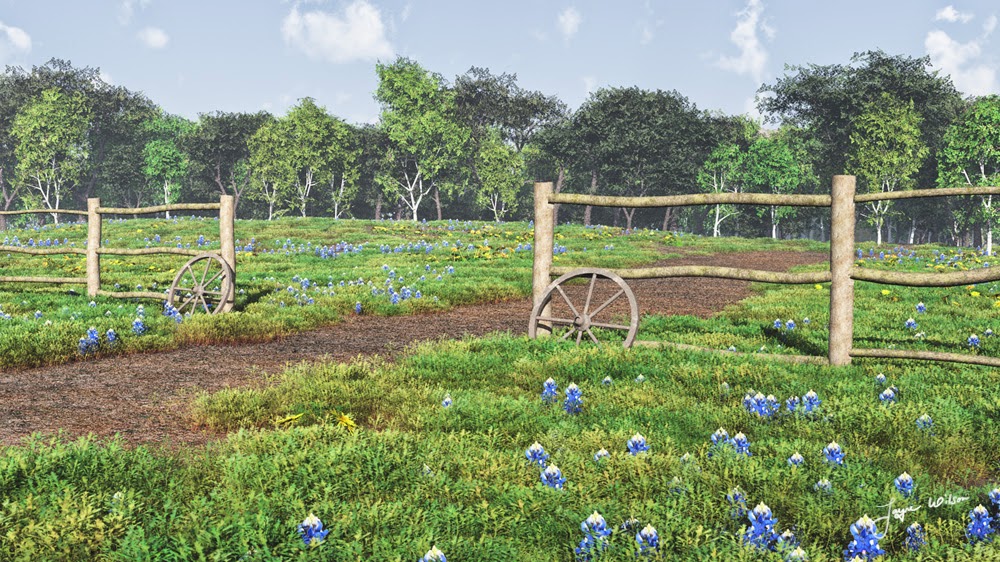