I'm originally from England and although I have lived in the U.S. for over 30 years, up until last year I had actually seen very little of it.

That was when my husband decided to plan a cross country road trip for us. It really was the trip of a lifetime and we came home with a treasure chest of memories and hundreds of photographs.

Our first stop was Carlsbad Caverns in New Mexico. The caverns were spectacular, to say the least!

It was a first test for my new camera, and although not all of the photos were successful, there were a few gems among them. I thought this particular formation, The Chinese Theater, was especially photogenic. 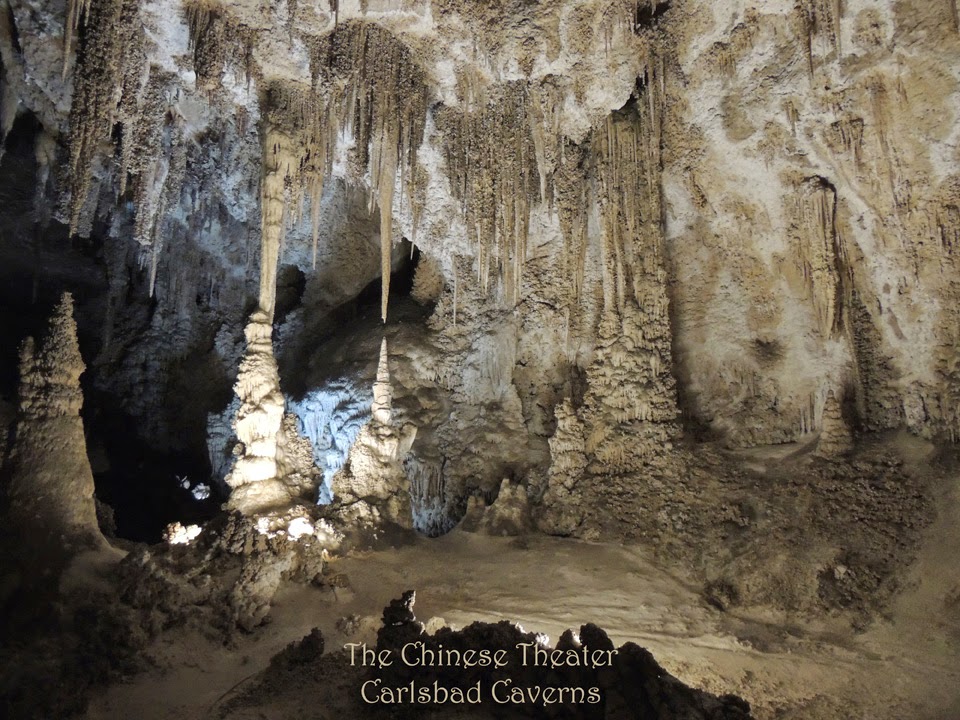 We couldn't go on a Great American Road Trip without visiting the Grand Canyon could we?

Unfortunately it was a bit hazy while we were there and for most of the day we didn't see the canyon in all it's glory.  However, my husband booked us on the "Sunset Tour" and while the driver was concerned that we might not be lucky, in actual fact, once the sun got down to the horizon, it broke out underneath the cloud layer and we were treated to some spectacular views. 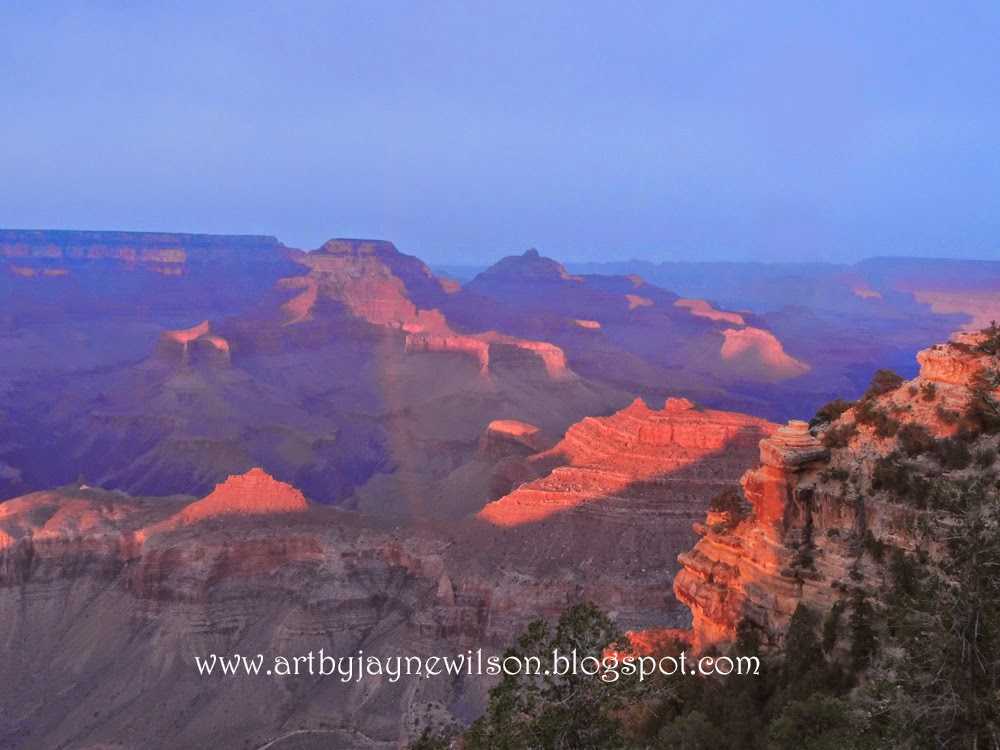 I was worried that our drive across Nevada might be a bit dull - miles upon miles of desert terrain.  However, it was far from it.  For a start, the "Great Basin" as it is called, is surrounded on all sides by mountains, which we don't have down here in my area of Texas.  And then we kept seeing these dust devils around us.  I was fascinated by them, and became determined to get a photo.

Let me tell you, it's not easy to get a photo of a dust devil through the bug-spattered windshield of a car at 55 mph, but after numerous failures, I finally got a good photo. 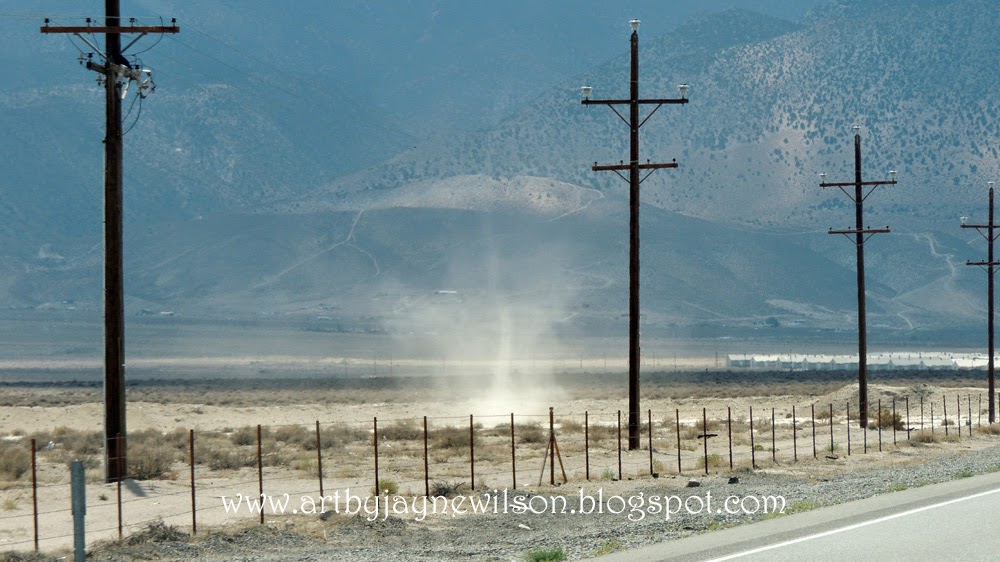 Later in our trip, we visited Bryce Canyon in Utah. Interestingly, the 3D graphics programs my husband introduced me to when we met is called Bryce and was actually named after Bryce Canyon.

Below is the promo image from Bryce 5.5, actually created in the program itself, and below it is a photograph I took from Ponderosa Point at Bryce Canyon. 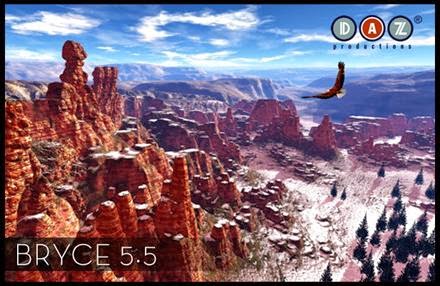 Can you see where the  inspiration for the promo image came from? 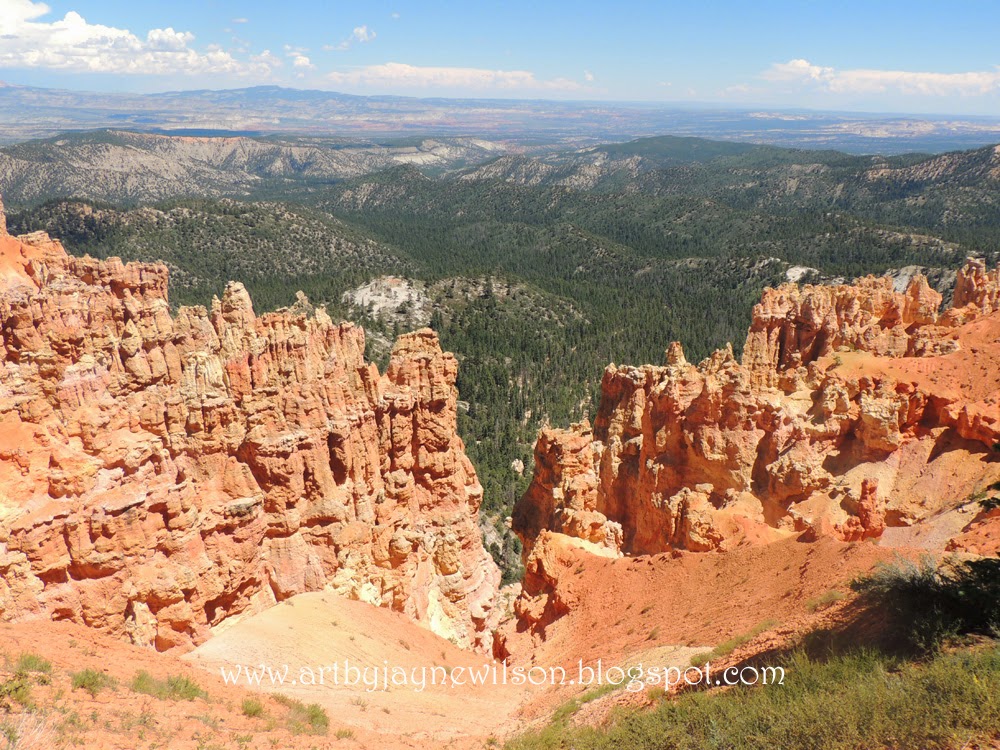 Our trip eventually took us across the Sierras to the West Coast.  On the way, we stopped at beautiful Lake Tahoe.  This is one place I have been before and can never get tired of it.  I haven't even been there in winter yet!

This is one of many photos I took as we went on a drive around the lake.  I call it "Lake Tahoe Through the Trees. 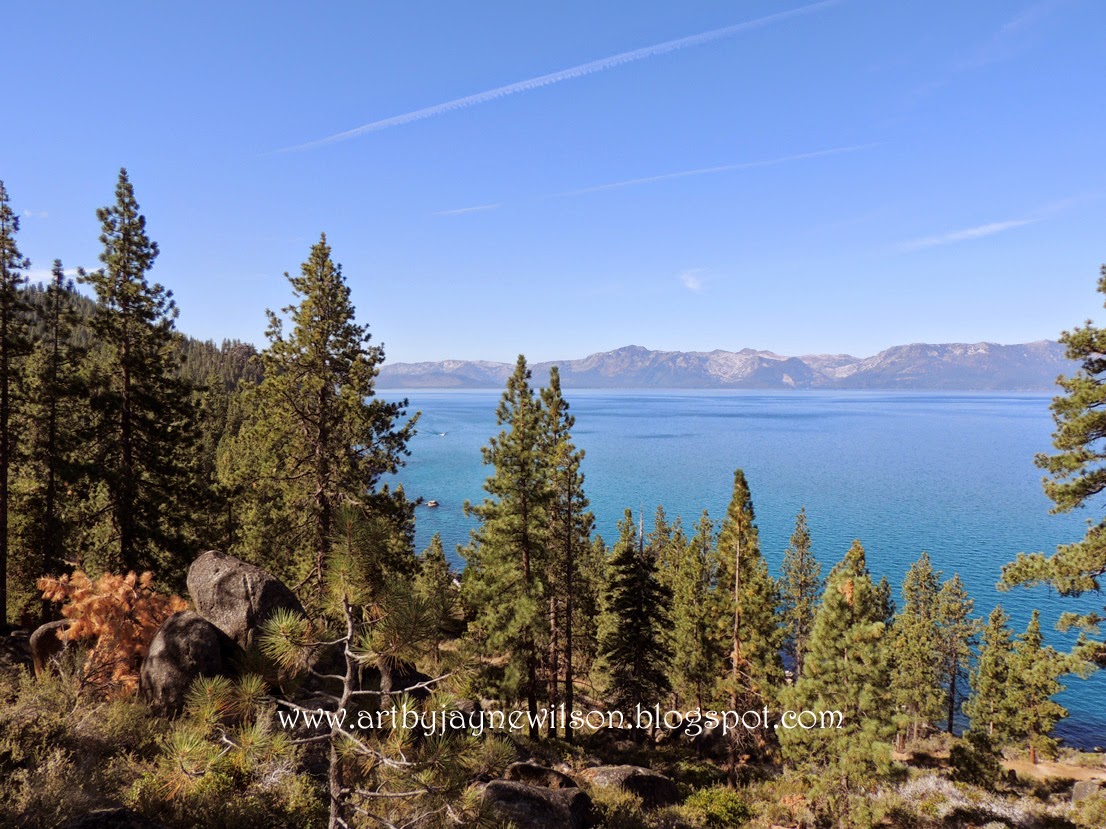 I'm rather proud of this photograph as it recently earned a Special Recognition in the 4th Annual "Landscapes" Art Competition held by the Light, Space and Time Online Art Gallery.  This was quite an accomplishment as there were 587 entries from around the world!

Everywhere we went, in addition to being committed to taking the best photographs we could, Eric and I found ourselves getting ideas and inspiration for digital landscapes to create in Vue, the 3D graphics software we now use.

Below is an image rendered in Vue of Emerald Bay at Lake Tahoe.  I didn't create this - it was a sample scene that came with Vue when I purchased it, to show the power of the program.  All I did was click on the render button, so I can't take any credit. 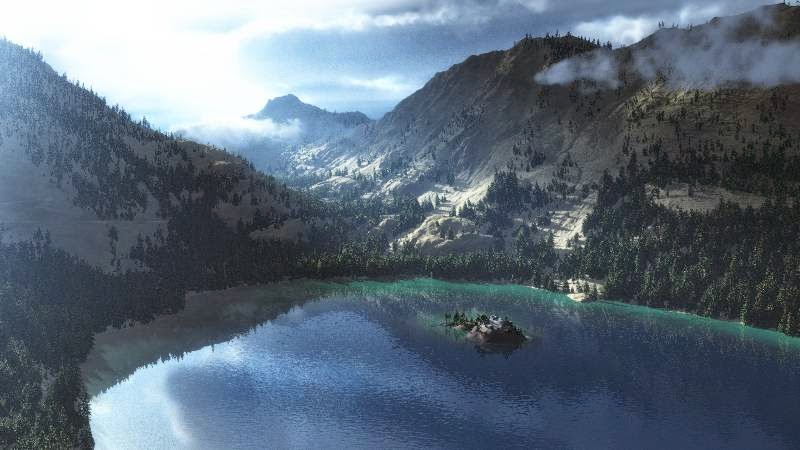 Below is a older Vue render inspired by my first trip to Lake Tahoe, several years ago.  I created this from scratch and of course I can find faults with it now. But on the whole, I'm rather pleased with how it came out. 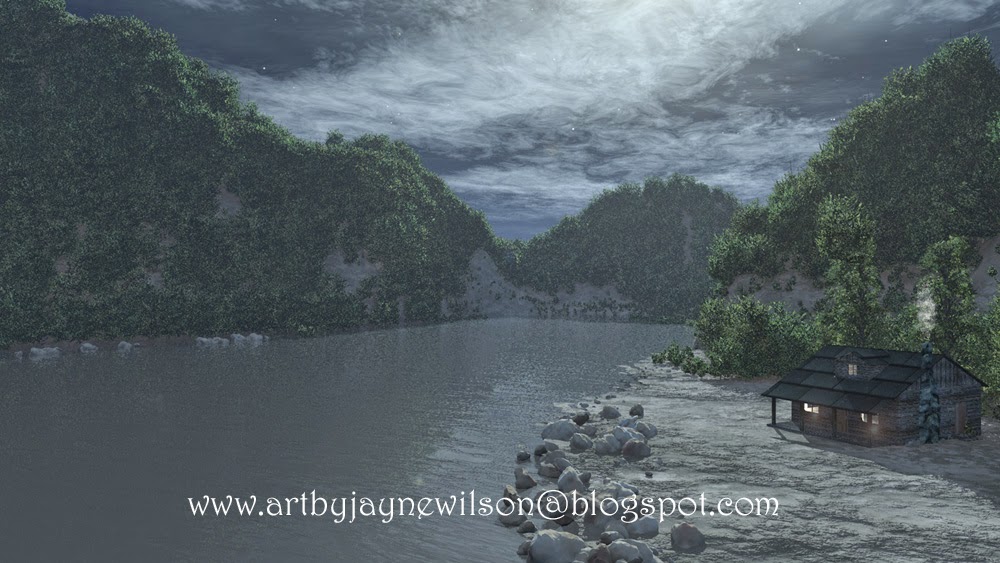 Some of my best photographs from The Great American Road Trip are available as prints and art cards on my website at www.jaynewilsonart.com and I will probably add some more in the coming weeks.
Posted by Jayne at 3:44 PM