Being a digital artist, I have found that the quality of my work is not only influenced by my level of technical expertise with the software I am using, but also with the quality of the digital models available.

When DAZ started out, their basic male and female models were Michael and Victoria.  When I got started in 3D art, Michael 3 and Victoria 3 were the models of choice.

I get a chuckle out of looking at my really early work because the models were still pretty basic and my own proficiency levels with the software were lacking. 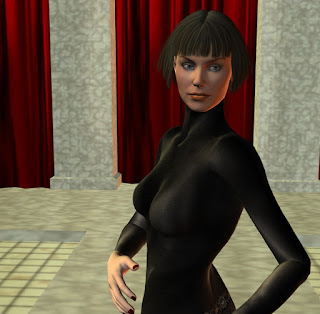 DAZ just released Michael 7 and Victoria 7, but actually I prefer the previous iteration -- Michael 6, and a female model named Olympia 6.

Below are a few portraits I have done recently, using Olympia 6 as my model, which I have come to think of as my "Lovely Ladies" series. 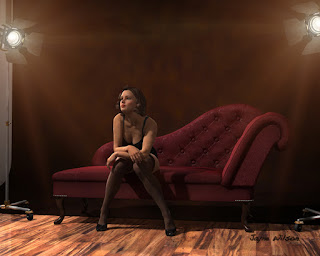 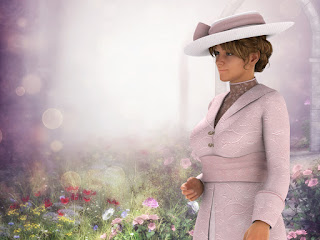 Pretty in Pink
Available on canvas and prints here.

I wanted to do something different with this one. I tried several different Photoshop actions on the final render, but the one I liked most of all was this black and white version. 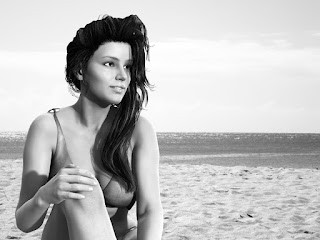 I'm still working on this last one.  It's the first render I have done using DAZ's new NVIDEA "iRay" render engine.  (I would explain that, but I'm not actually sure about it myself!) 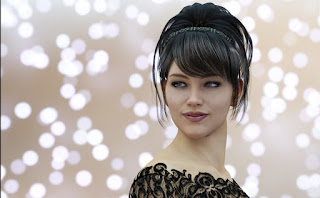 Iray rendering takes lighting to a whole new level and allow use of physically based environments so that with the correct tools and setups we can replicate real world lighting. (that's the theory, anyway!)

Yesterday I purchased a new add-on for DAZ, the Ultra Genesis Studio 1 light set from Traveler and Syyd at Runtime DNA.com and thankfully, the creators provided a handy .pdf file of instructions on how to use the lights, the cameras and the environments.

I'm looking forward to playing with it some more and getting more proficient with it.

It's like having my own personal modeling agency and photography studio!

Watch this space for more!